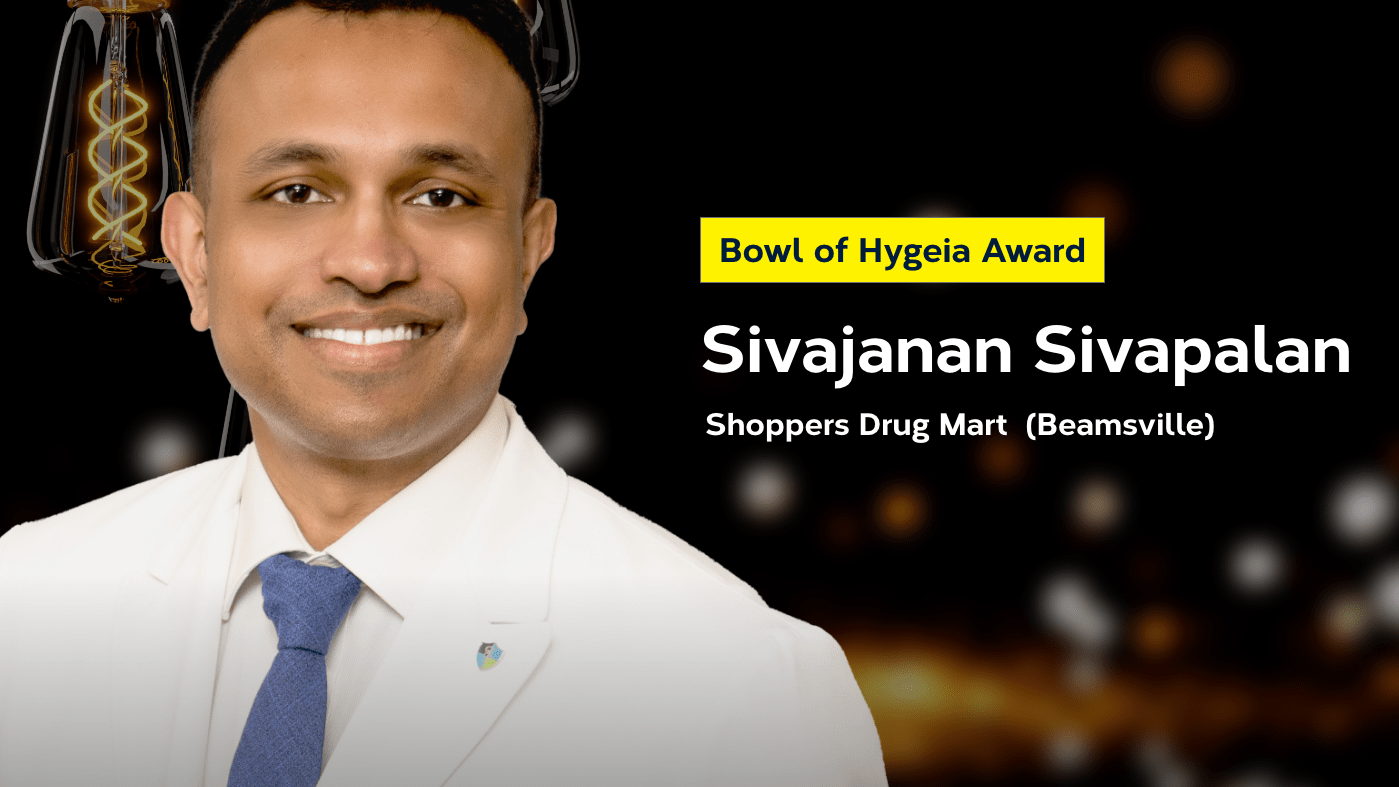 Siva Sivapalan is a pharmacist and certified diabetes educator in the town of Beamsville, Ontario. Initially an international pharmacy graduate from the University of London, Siva became a pharmacist in Canada in 2011. Driven by a passion for patient care, Siva works closely with physicians and nurses in hospital practice at the National Health Service in care for the elderly, stroke rehabilitation, and obstetrics and gynecology. Additionally, Siva is a University of Waterloo co-op preceptor, and a University of Toronto and Dalhousie University clinical preceptor where he is dedicated to contributing significantly to the learning experience of his students. His commitment to the profession has been recognized through numerous awards and achievements including, Niagara This Week’s readers’ choice pharmacist 4 years in a row. In addition, his pharmacy has won the Pathways to Opportunity award twice. Siva enjoys volunteering and participating in fundraising initiatives to support the public and profession, and he currently serves as a member of the board of directors at the Ontario College of Pharmacists. Siva is a 2008 graduate of the University College London School of Pharmacy where he received a Master of Pharmacy.